A new publication by Syngle et al. in Neurological Sciences has shown that the dipeptidyl-peptidase-4 (DPP-4) inhibitor teneligliptin improves sudomotor function and peripheral and autonomic neuropathy, and reduces vascular inflammation in type 2 diabetes independently of its effect on glycemic control. 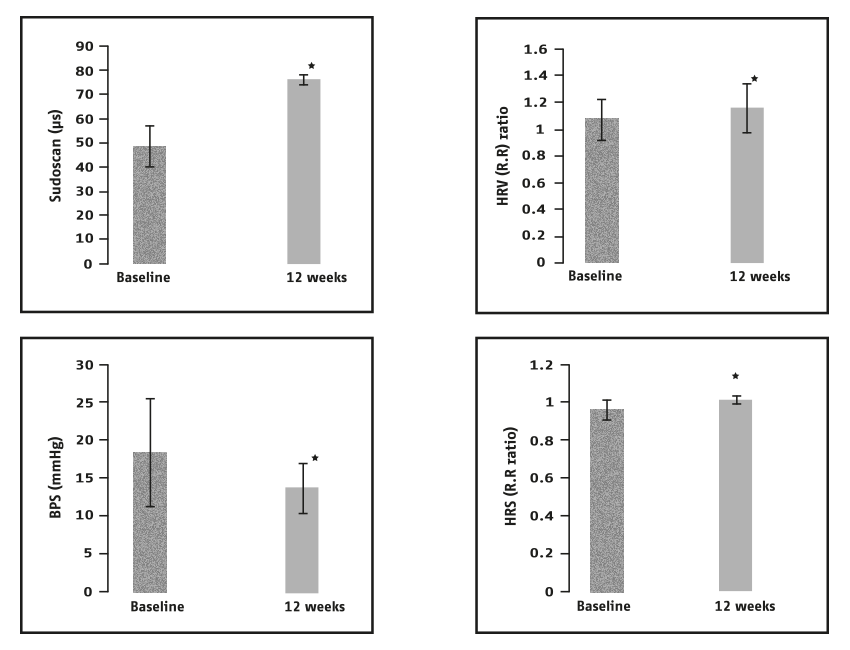 Effect on various parameters of neuropathy

Conclusions: This is the first study to assess the clinical impact of a DPP-4 inhibitor, teneligliptin, on autonomic and peripheral neuropathy in type 2 diabetic patients.  The authors propose that teneligliptin may promote previously demonstrated neurotrophic effects of GLP-1, and dampen the inflammatory process, resulting in improvements in peripheral sympathetic autonomic neuropathy, cardiovascular autonomic neuropathy, and peripheral neuropathy.  Sudomotor function, an early predictor of cardiovascular risk, may be critical to identifying diabetic patients who may benefit from DPP-4 add-on therapy.  The authors call for a larger, randomized, controlled study to confirm these interesting results.