In a recent study conducted at the university of Rome, Vicenza SPALLONE and her team demonstrated
the utility of SUDOSCAN to diagnose diabetic cardiovascular autonomic neuropathy (CAN) and diabetic polyneuropathy (DPN).

102 diabetic participants were evaluated with the COMPASS 31 questionnaire, a validated questionnaire for autonomic symptoms of CAN, in combination with sudomotor function (sweat gland innervation) testing with SUDOSCAN (results reported as electrochemical skin conductances-ESC). CAN was defined as 2 or more abnormal cardiovascular reflex tests (CARTs); DPN as 2 abnormalities among neuropathic symptoms, signs, vibration perception testing, and thermal thresholds.

In a population with confirmed CAN and DPN, the percentage of abnormal COMPASS 31 + ESC results were 58% and 37%, respectively. These values increase to 100% and 85% when one of the two tests is abnormal (COMPASS 31 and/or ESC), see Figure 1.

These promising results demonstrate the utility of SUDOSCAN combined with a simple questionnaire, COMPASS 31, to identify cardiovascular autonomic neuropathy within a diabetic population and then confirm the diagnosis with specific tools. A normal SUDOSCAN and COMPASS 31 suggest the absence of CAN, while 2 abnormal tests should prompt additional testing with CARTs. 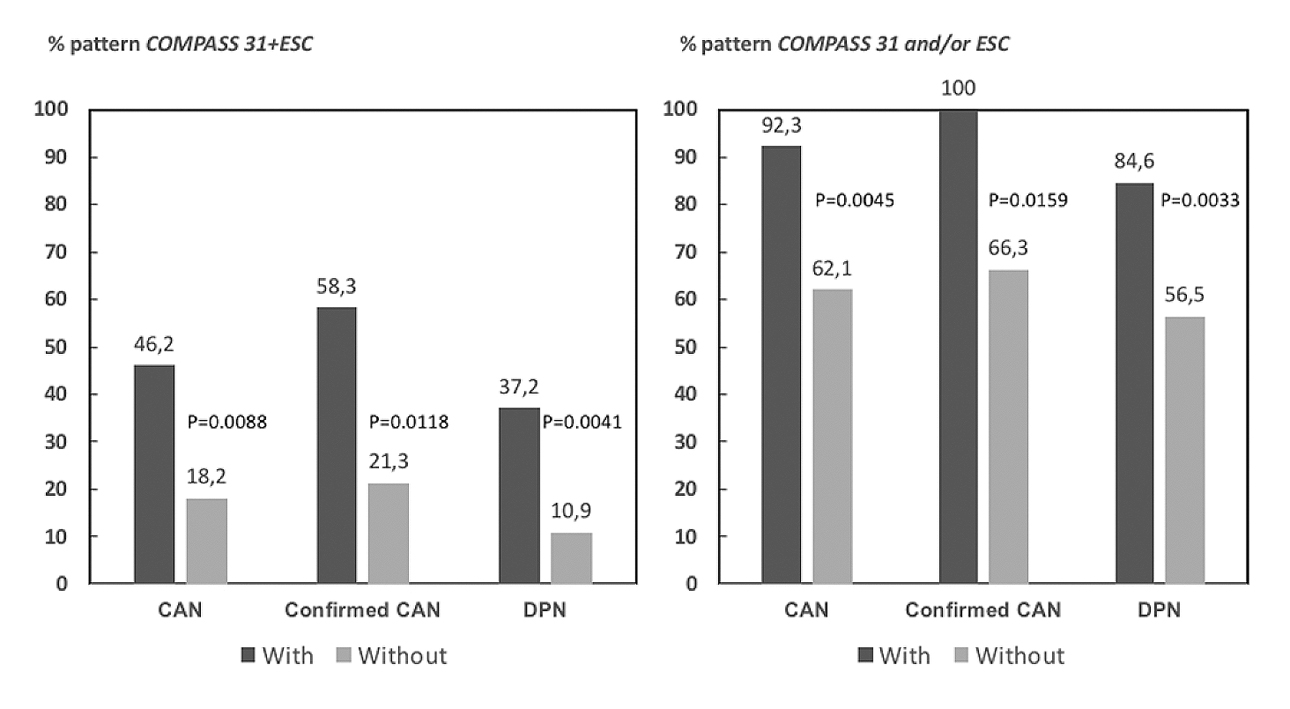 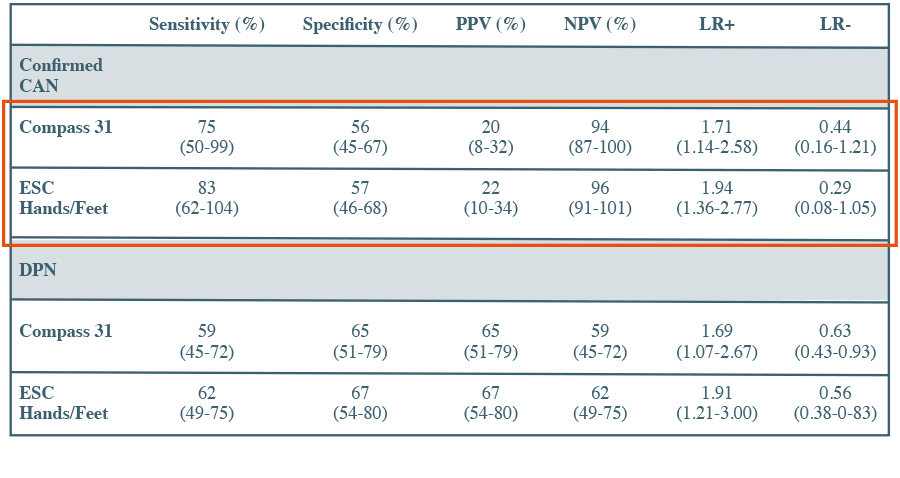 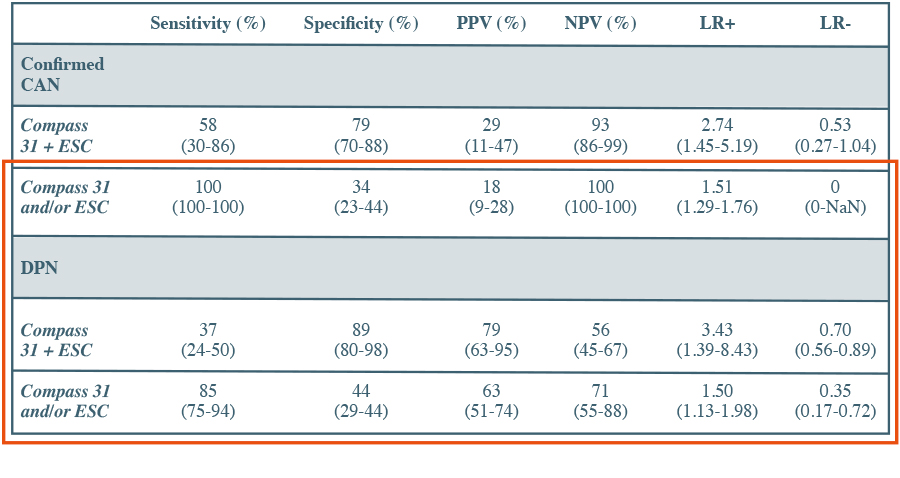